After a first collaboration on « Mélodie des Choses » (2012), Sébastien Giniaux (acoustic guitar, cello) and Cherif Soumano (kora) gather again as a duet this time on African Variations for an intimate dialogue between jazz and African Music. They're joined by talended French-Syrian flutist Naïssam Jalal on two tracks. 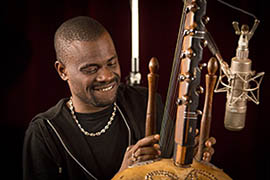 Cherif Soumano played with Dee Dee Bridgewater, Tiken Jah Fakoly, Roberto Fonseca, co-founded the World Kora Trio and recorded with Marcus Miller. Suffice to say that he is perhaps the most talented kora player of his generation for his ability to get into the improvisation and musical encounters game.

Sébastien Giniaux is an exceptionnal guitarist and cellist with an ever expanding musical universe on the borders of jazz, classical, eastern european and world music. Spotted alongside Didier Lockwood, Bireli Lagrene and Taraf de Haidouks, he's also an accomplished composer and arranger. He produced albums for Norig and Teofilo Chantre among many others. 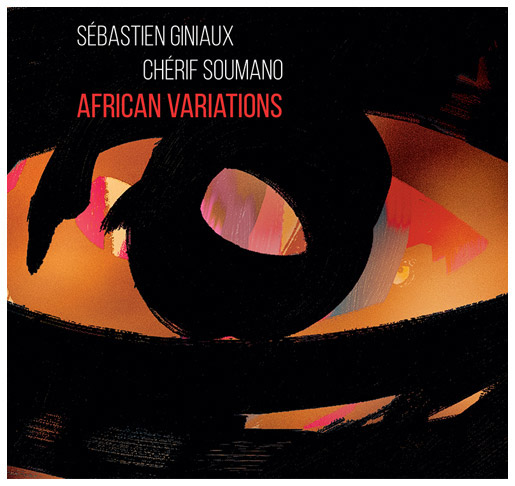 02. Another day in Paradise (Phil Collins)

Listen to "African Variations" excerpts. You can Order the CD or the Digital Edition.